As part of a nationwide study and advanced training day on “Dealing with the Population During an Earthquake”, the Municipality of Holon established a “Population Assistance Center” (PAC).
30/10/2022
Share:

As part of a nationwide study and advanced training day on “Dealing with the Population During an Earthquake”, the Municipality of Holon established a “Population Assistance Center” (PAC).

The PAC is intended to provide a response to the basic needs of affected populations during the drill.  Many entities are operating as part of the PAC, such as the Population Authority, the Israel Police, the Home Front Command, the National Emergency Authority, the Interior Ministry, Magen David Adom, and others.  The aim is to provide citizens with a variety of essential and basic services.

As part of the activity, the Bank of Israel conducted a drill on providing essential banking services during an emergency, involving the banking corporations, courier companies, and private companies providing automatic withdrawal services.  The services provided as part of the drill including cash withdrawals and deposits, check deposits, identification of customers with no documentation, and so forth, through the deployment of mobile branches with the ability to conduct basic cash transactions through bank tellers and through the placement of ATMs.  There was also a drill involving the process of loading an ATM using a secured cash courier company.

Participation in the drill is another element of activity by the Bank of Israel, the banking corporations, the cash courier companies, and operators of private ATMs in advancing the banking system’s preparedness for emergencies in general, and for earthquakes in particular.

Head of the Bank of Israel Currency Department Limor Goldstein: “In the past week, the Currency Department and the Banking Supervision Department have led the banking system’s participation in the drill operating a population assistance center during an earthquake drill, led by the Municipality of Holon.  The objective of the drill was to continue ensuring ongoing preparedness for the supply of currency and banking services during emergencies, and to strengthen cooperation between all parties operating during emergencies who are entrusted with the supply of essential services to the public.  I would like to thank all those who worked at the site and showed a high level of readiness and cooperation.  Now, our job is to learn from the drill and to continue working and enhancing our preparedness and business continuity for any emergency scenario that may occur.” 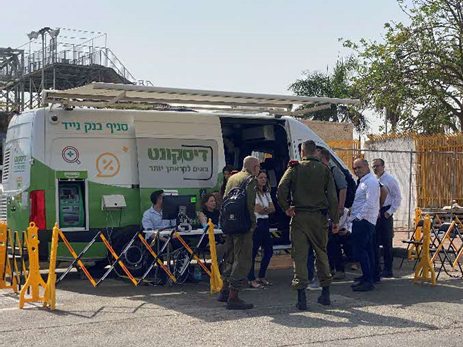 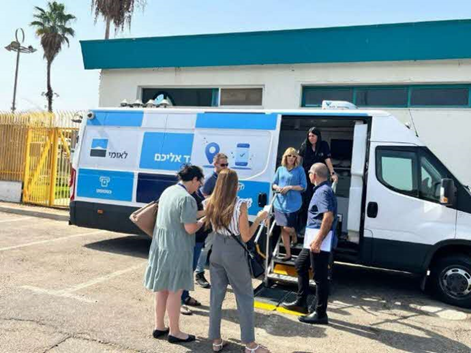 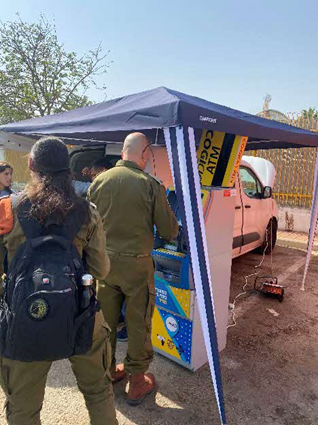